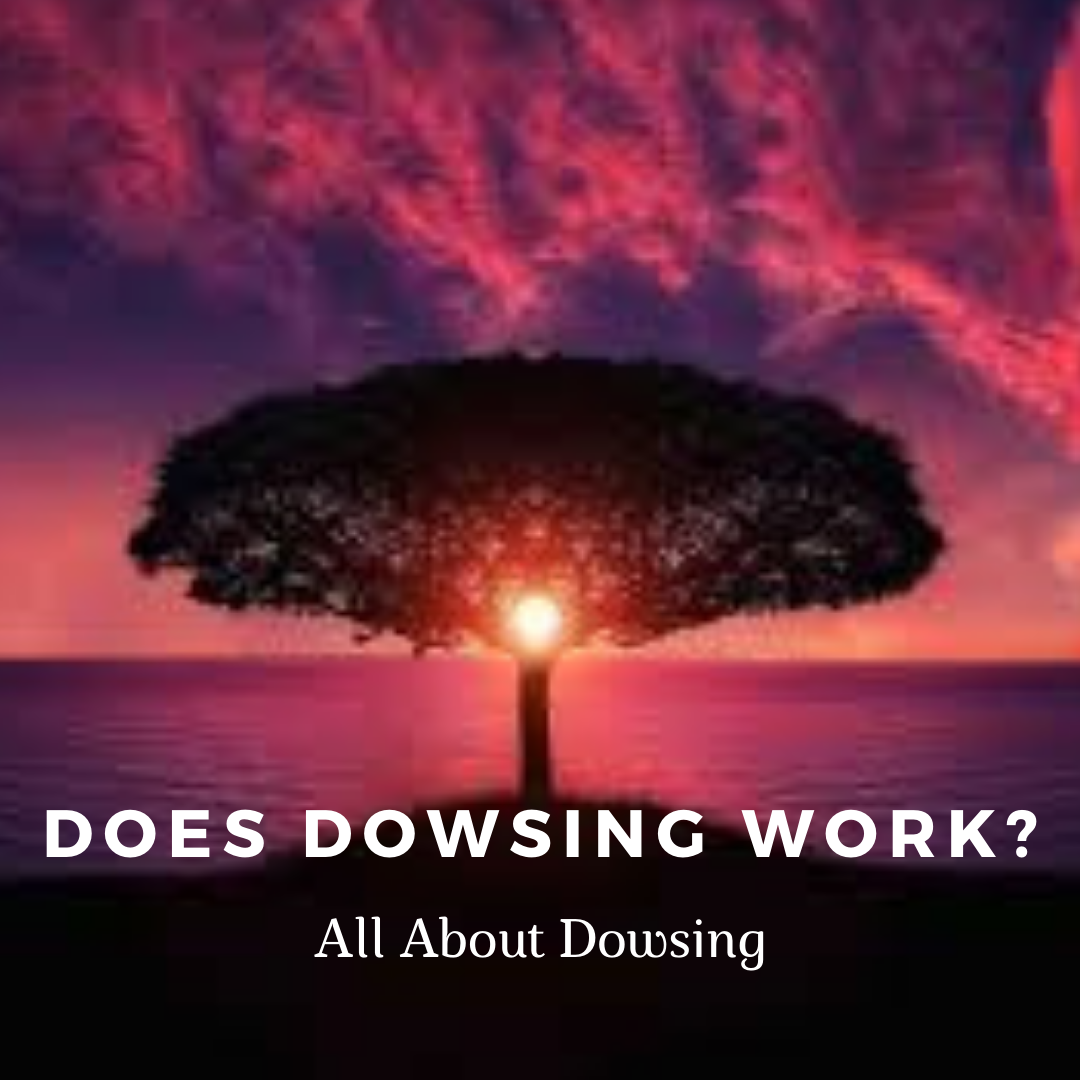 Does dowsing work? We believe it does, and the goal of this post is to guide you through a wide range of almost infinite things you can do with dowsing. Ultimately, we will aim at explaining why dowsing works. You’ll find a lot of talk about the best dowsing techniques to use for various types of situations.

With very few exceptions, it doesn’t really matter which technique you use, as long as it does the job. For example, there are people who dowse using the twitching of their arm to decide which supplements to take. It looks silly, many wouldn’t use it in public, but it works for someone!

Before going further, it’s worth just pointing out what the word technique means: “A practical method or art applied to some particular task.” In other words, the dowsing techniques I’ll be mentioning here (with links to more detail) are just some of the particular tasks you can use it for.

Think of it like playing pool. You can play a pretty good game of pool, but your putting technique might be less than you would like. So it is with dowsing. Generally, you can be a pretty good dowser, but there are some aspects of it which you know are weak.

Sure, you know how to hold a pendulum or use an L-rod, but there’s still the practical aspect of finding water, or checking auras or selecting restaurants or any of the hundred different things you can do with dowsing.

These are the dowsing techniques.

This is often one of the first things novices get into when learning to dowse.

And why not? After all, it is probably the single most intriguing thing in the universe, isn’t it? ‘What’s going to happen in the future?”

It can be tricky to do, however. A lot of it relies on your mindset. Divining, as a subset of dowsing, is certainly most interesting, but often the most challenging.

A lot of people are fascinated by ghosts and they want to go out ghost hunting.

There are all sorts of gadgets available for this purpose. But we are talking about dowsing here. Ghosts hunting can be a simple dowsing technique and it can develop into something more complex. It’s up to you. Ghost hunting also has some parallels with cemetery dowsing.

This is an old favorite. In fact, it just might be the oldest dowsing technique of all. Perhaps you’ve heard of this, or even done it?

Of course, the great thing is that you’re going to find out the answer sooner or later, so you get to know how accurate you are

Again, hugely popular amongst dowsers. And you can take this into so many different areas of health that it can seem virtually limitless.

Using dowsing in the garden can be very interesting, especially if you have always enjoyed this outside activity. This is one dowsing technique which can really open up your eyes (if you’re ready for that, of course).

This also probably ranks highly amongst novices. The lure of treasure is very strong to some people. That can be both a blessing and a curse if you are looking to strengthen this area of your dowsing.

This is the one aspect of dowsing which seems to cause the most problem for skeptics. In essence, map-dowsing is very simple indeed, but it can reveal a mass of unexpected detail!

These are just a few techniques to look at, they can be applied to a variety of other tasks. All it takes is a little practice and you become a better dowser by adding more dowsing techniques to your repertoire.

Before moving onto the next section, there is a question we get asked all the time and need to address: is pendulum dowsing safe? In other words, is dowsing pendulum dangerous?

Actually, this question applies to all types of dowsing, but most people are probably familiar with pendulums as the main dowsing tools. The majority of people won’t have any issues with dowsing, but we wrote a full article here on the dangers associated with dowsing rods [but also dowsing in general].

‘What dowsing information can you access?’ is usually one of the first questions (in one form or another) anyone asks about this skill. The answer to that is very wide ranging indeed.

Then people follow with questions like: ‘How accurate is pendulum dowsing?’, ‘Are dowsing rods accurate?’. Or ‘Why does dowsing work?’ etc. While we gave several answers on how dowsing works (click here for the article), in the next section we will mainly focus on the type of information that can be obtained through dowsing.

The other way of answering the question, ‘What dowsing information can you access?’ is to look at which elements you can dowse.

Although there are many possibilities, there are some which are more popular than others. In no particular order they are:

In each of these areas you can find different sorts of information.

No matter what area you exercise your skill in, there are only a few basic types of data you can access. They are:

Of all of these, the first two are by far the most important bits of information you can access.

However, as you can see, this list pretty much covers every aspect of any question you can ask in dowsing. Information can be obtained about anything. It’s up to you to interpret it!

A special use for dowsing: how does dowsing work for pregnancy?

A practical and relatively simple application of dowsing, is dowsing to detect pregnancy and also to determine the sex of the child(ren): it can be a wonderful way of trying out your skill.

It is also probably amongst the oldest ways of using dowsing as it is practiced nowadays.

Traditionally, it used to be done with a ring (usually the mother-to-be’s wedding ring) on a thread. This makes a very simple pendulum. What happens next varies from person to person, but the basics are the same.

How to execute pendulum dowsing for pregnancy

Take your pendulum and, with the woman to be checked lying down on her back, hold the pendulum over her belly.

For some people, a rotation of the pendulum clockwise would indicate pregnancy, to others, it would be counter-clockwise. (Still others might say that it was indicated by a back and forth movement.)

The point to bear in mind here is that you have to be quite clear in your mind which movement for you indicates pregnancy or not and you should have practiced beforehand to make sure that you get a clear response.

So, with your pendulum at the ready, ask your question; ‘Is this woman under my pendulum pregnant at this time?’ Then watch for the response.

Note the question asked. It is very precise. You are dowsing to detect pregnancy in the woman in front of you, not someone else who happens to appear in your mind . And you want to know about the pregnancy now, not some time in the future.

You can ask the question out loud or just hear it in your head. It doesn’t matter at all.

Of course, the great thing about dowsing to detect pregnancy is that you are going to know whether you were right or wrong in a short while

In other words, it’s a great way to practice your dowsing accuracy (as well as your pendulum dowsing).

But there’s more: how to determine the sex of the child with dowsing?

The next thing to do, after dowsing to detect pregnancy, is to dowse the sex of the child(ren).

Here’s where you can go wrong, however. Don’t assume it’s just one child. It could be twins (or more!). So ask that first.

Then ask for the sex of each child. Make a note. (You can always keep these notes to yourself if the mother-to-be doesn’t want to know ahead of time.)

One thing to avoid…

Just because you feel you can do it, doesn’t mean you should do it. If there’s a female relative nearby who’s talking about becoming pregnant, it’s nothing to do with you unless you get asked!

You can always offer your dowsing to detect pregnancy, but be prepared to accept a ‘No, thank you’. But, it’s a great way to really check how accurate you are. After all, the most you’re going to have to wait is a little under nine months. And that time is usually much shorter.

Often ultrasound will detect the sex of the child long before birth, and you would normally be invited to dowse after a month or two has gone by. So, in reality, the wait can be less than a month.

Finally, if you get the opportunity to do this, take it eagerly! It is an absolutely great way of sharpening up your skill using someone else to give you the result.

We have covered a lot in this post. From examples of different dowsing techniques, to types of information you can dowse, and with a special mention of pregnancy dowsing. We believe covering these topics gave a thorough answer to the original questions ‘does dowsing work?’ and ‘is dowsing accurate?’.

Of course it always comes down to the dowser’s experience, as well as the tools and methods used. But, for the most part, dowsing produces accurate results when done properly, and even if you are a beginner, it can be a lot of fun!