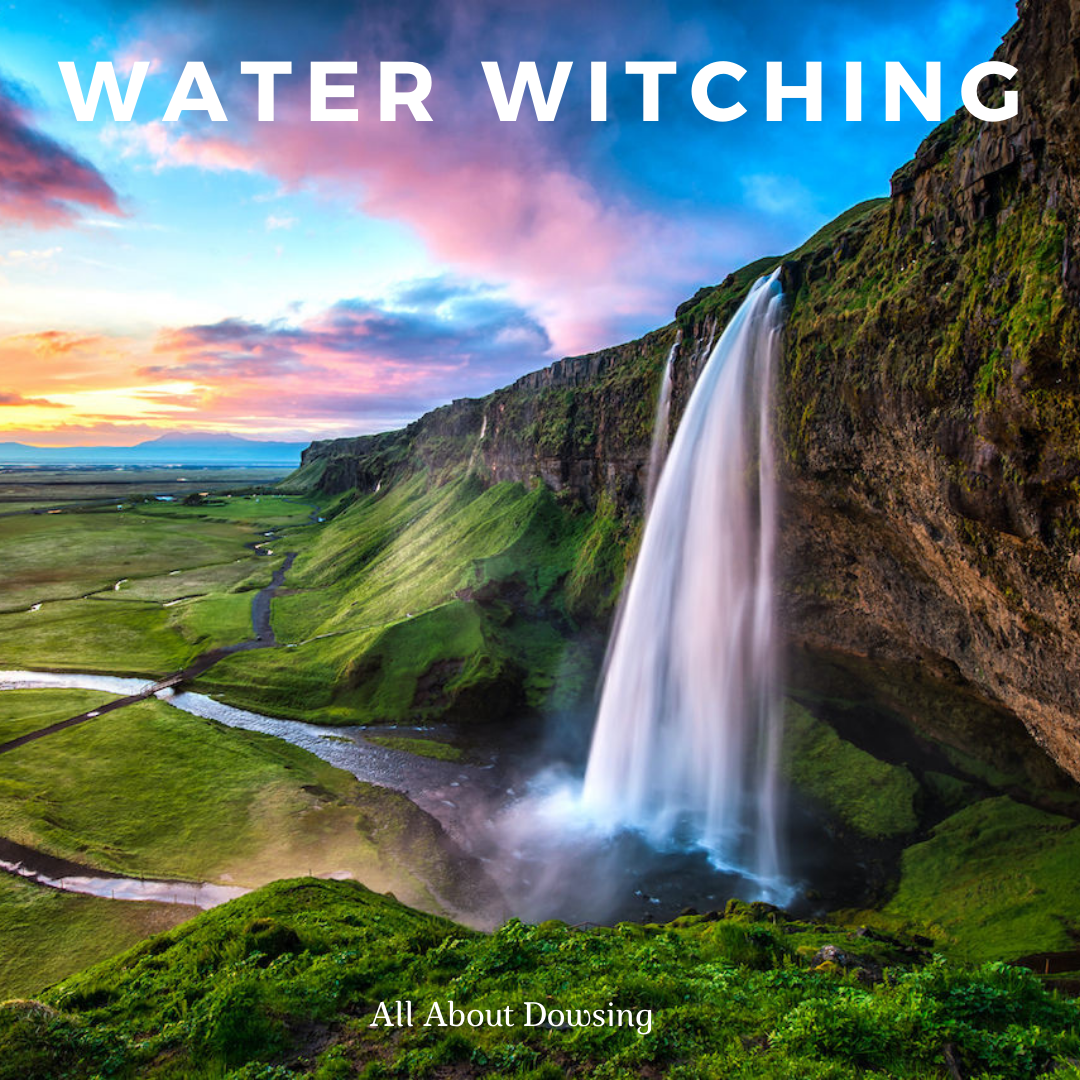 What is water witching?

To put it simple, one of the oldest uses of dowsing is ‘water witching’. It is the skill of finding water underground. Therefore, another name for it is water dowsing or divining. Water witching can be defined as a synonym of water dowsing.

When you think about it, it is a strange name for a simple skill. The word was first used in America around 1875 – 1880, according to Wordreference.

Presumably, it was used because the skill seemed un-natural or supernatural, and therefore the person who exhibited it was like a witch.

It may also be because this skill tended to be practiced in more rural areas, away from the places where professional hydrologists, geophysicists and geologists were to be found. Such a term would have been more an acknowledgment that the person was skilled rather than someone to be afraid of.

Before that time there would have been many people who were able to find water underground but they were known by other names. Water dowser or diviner were obvious names. But they would also have been called water -pointers, stick witchers (or witches) and, most obviously, water finders.

As long as man grows crops and raises animals, he will need water. The better the supply, the better for his future. Therefore, if someone can come along and point out, with relative ease, where to place a well to get a steady supply of good water, he will be appreciated as a benefactor to the community.

If he is good at it, word will get around and he will find water sources for more of his neighbors. His skill at water well dowsing will spread and he will be viewed in a generally kindly light by those he lives amongst and helps.

If that sounds to you as being overly sentimental, then think again! This is exactly the sort of response which is reported time and again in communities all over the globe. Water witching is seen as a socially responsible action and one which enhances the life of the community.

The one thing which most recipients have in common is that they are not too bothered in trying to explain how it works! And that practical attitude of ‘I don’t need to know, I just need to see the results’, can irritate others who want an explanation.

As you look around this site, you’ll come to realize that we have no intention of trying to persuade skeptics that dowsing works. Why bother?

We know it works & are more than happy with it. If they ever get to the point where they get interested enough to try it themselves and it works for them, excellent! In the meantime, We are very happy to spread the word about dowsing.

But, in the case of water witching, this can be something which seriously gets up the nose of non-dowsers. After all, you have people trained in hydrology and geology who have spent years learning their craft and some old guy with a stick is telling them where water is. It’s enough to drive them crazy!

How to do water witching?

To find water (conventionally) you need to look at and assess the physical terrain for possibilities. Then understand the underground rock strata and how they lie. Then you need to understand how water might be affected by this and, therefore, where would be the best place to drill to get the best quality water.

Not surprisingly, such people trained in the scientific method get irritated at “amateurs” involved in water well dowsing.

To explain the success, they talk of the subconscious ‘reading’ of clues in the landscape or the low success rate of (some) dowsers (but not the high success rate of others). In other words, they speak of luck and a certain amount of unconscious skill.

To them, a water witch is a lucky kind of person: ‘He is also unscrupulous as he preys on the gullibility of others by getting them to pay for him to get lucky on their land‘.

They are out to discredit water witchers, which is hardly a surprise. You can read what the United States Geological Survey (USGS) thinks of water dowsing (three guesses!) by finding their report here.

For a much more detailed examination of how ordinary folks approach water witching, read our other article on the singular method of coconut water dowsing.

What it comes down to, though, is results. Many people who offer water well dowsing only accept payment after the well has come in. (Hardly makes them seem greedy, does it?) Others charge just a nominal fee, some more, some less. It all depends on the individual, the distance to travel, the accessibility of the land and so on…

In summary then, how does water witching work? Well, that is pretty much the same as asking how dowsing or water dowsing work, which are both thoroughly explained here and here.

Lastly, if you enjoyed this post, you may also be interested in reading about the dangers of using dowsing rods.