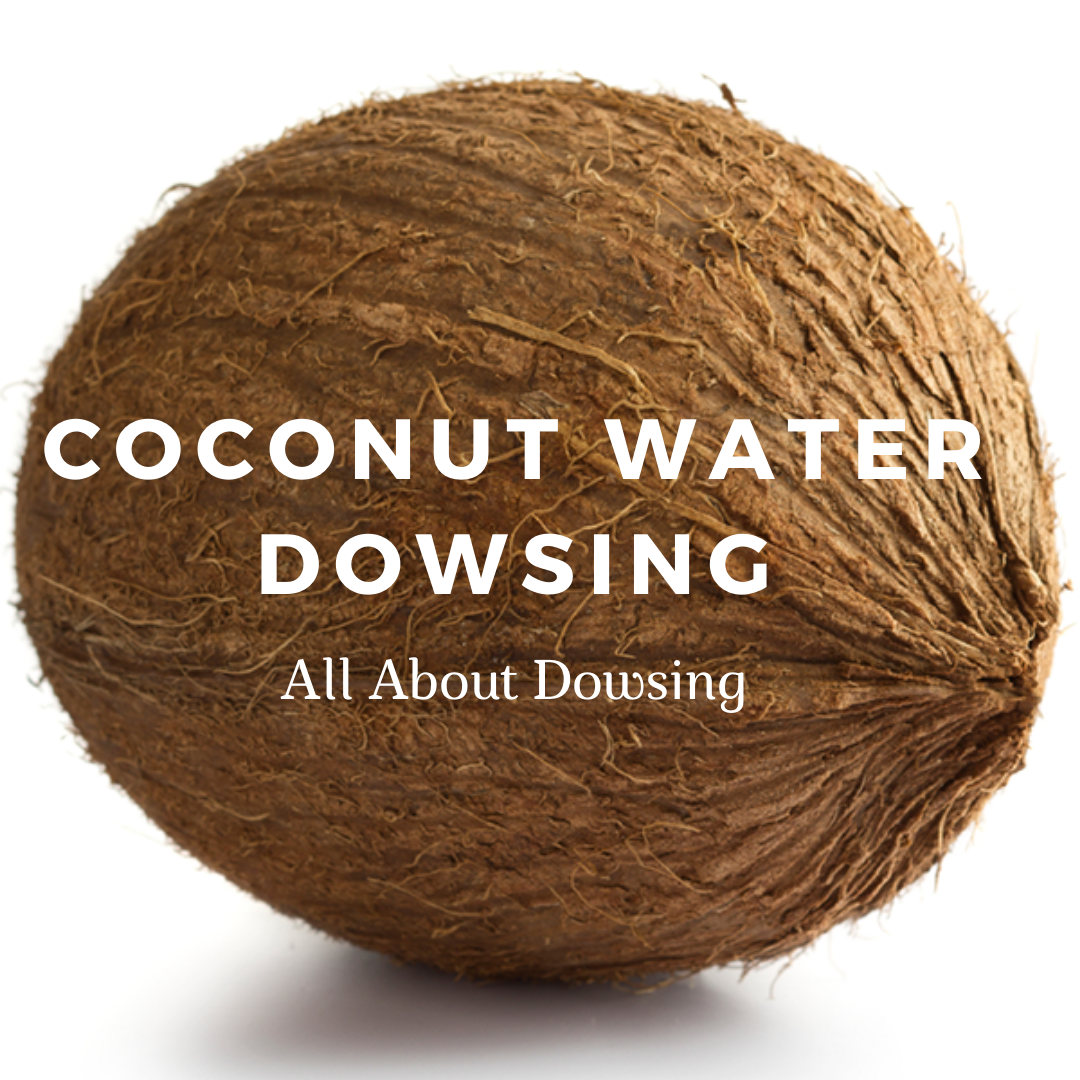 Dowsing has been practised for centuries and has raised debates and questions that are yet to be answered. However, water dowsing is one of the most performed types of dowsing.

Apart from the usual rods, forked sticks, coat hangers, and pendulums, coconuts can also be used for dowsing. The coconut method of dowsing water is common among the farming communities in India. It has proven useful to individuals that intend to drill boreholes or irrigate their farms and cannot access the services of specialists such as hydrologists. Ultimately, we can see how coconut dowsing can be a hobby for some, and a source of income for others.

How does the coconut method of dowsing water work?

Any water dowsing tool will show a response when water is detected. For example, a forked stick will gravitate towards the ground, L-shaped rods will close or open to mean yes or no respectively.

Likewise, a coconut will also show response. Water dowsing with coconut simply involves holding the coconut on the dowser’s palm. The palm should be stretched out. The dowser then walks around the place of examination slowly, with the coconut on their palm.

The dowser needs to keep their hand stretched out all through. The coconut then shakes or stands up where underground water is detected. The dowser marks the specific place where the coconut has directed from either standing or shaking. A good number of these predictions are accurate and reliable.

What is the Explanation behind the Coconut Method of Dowsing Water?

Dowsing has no consistent explanation yet, as to how it works and with what forces. No one has been able to answer precisely why, and how the coconut stands upright in the presence of water underground. However, the scientific reasoning behind the behaviour of the coconut in the presence of water says otherwise. Scientists attribute the movement of the coconut to ideomotor effect. Ideomotor effect simply causes involuntary movements subconsciously. The person will then credit these movements to external forces. This is the argument that is closest to the truth.

The other theory is that coconut contains water and movements such as walking will also cause movement of the water within the coconut. The movement of the water therefore interferes with the position of the coconut. Some argue that the movements are manipulated by the water diviner which explains why random people will not experience the same when holding the coconut around water. Most of these accounts are often assumptions and theories with not always solid backing.

All these are theories, explanations and assumptions about water dowsing. What matters is that the coconut method has worked before and it keeps producing consistent results even when no accurate explanation as to how, is given. For anyone who is into dowsing and intends to use the coconut method, just like using other water dowsing tools, it requires constant practise to perfect the skill. A good state of the mind is also a requirement. Coconut method of dowsing is now gaining further recognition and is widely used. Like other methods of water dowsing, doing it with coconut may present some risks.