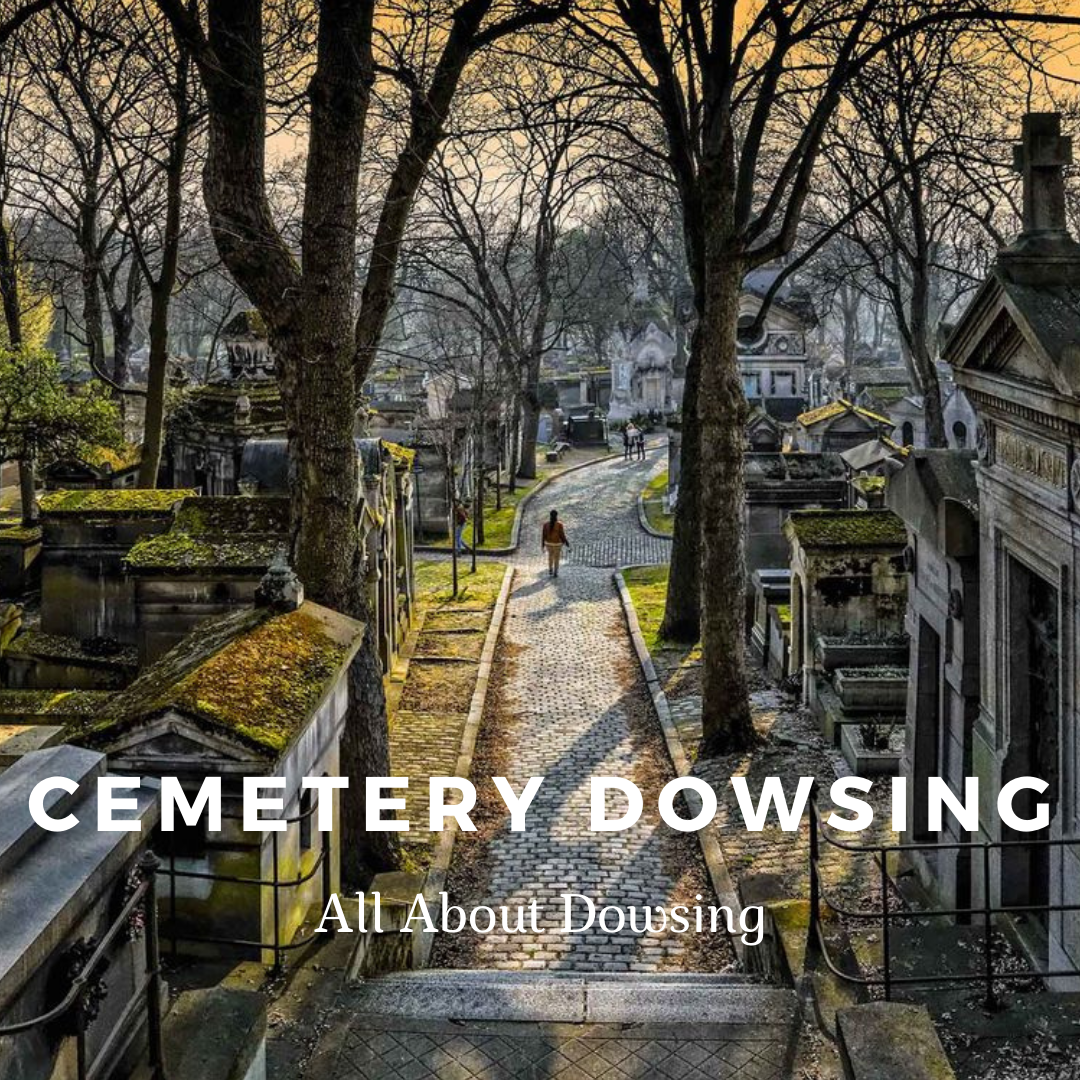 Cemetery dowsing, believed to be a divine practice, focuses on discovering unmarked graves; cemetery dowsing can be also used to connect with the spiritual essence of the dead, while being in their close proximity. It can be used by cemetery caretakers (or anyone) tasked with the responsibility of restoring headstones to unmarked graves, or to make a spiritual connection with an object that belonged to a person who passed. In many ways, cemetery dowsing presents parallels with spiritual dowsing.

The history of dowsing (as well as cemetery dowsing) can be traced back to the 16th century with the Germans (although Germans from those days would use dowsing to trace mineral deposits and groundwater levels). Over time, dowsing has advanced further to several other levels.

>>For our previous article on what is spiritual dowsing & how it works, click here

Cemetery dowsing ultimately consists of exploring energies and vibrations emitted by burial areas, burial places and objects that belonged to the dead.

For example, if you were to dowse in an ancient battlefield (where many people died), you may be able to establish a dowsing connection with the souls of those people who passed on that battle. This often also results in the finding of objects that belonged to these people.

In a way similar to spiritual dowsing, cemetery dowsing is also practised by people in search of energies in the spiritual realm.

The use of dowsing in detecting human bodies can attributed to its affordability and reliability in contrast to the use of geophysical methods, especially in underdeveloped, remote and rural areas. In addition to being affordable, it is believed that dowsers can distinguish the buried body from male to female. In some cases, where natural disasters or war events occurred, some communities rely on cemetery dowsing to identify the areas where to search for their loved ones who went missing.

How do dowsing rods detect human bodies or coffins?

Numerous theories try to explain the concept of dowsing, including cemetery dowsing. One common theory is the detection of soil disturbances. The dowsing rods are believed to detect voids in the soil structure. Shifts in the magnetic fields of the earth -also another theory- where the rods move as an effect of variations in the magnetic fields of an area. In a cemetery, the rods move when one moves past a gravesite,, or place that was associated to the death of a person. To distinguish between male and female, the rods will move on a different direction for each specific gender.

The ideology of cemetery dowsing is deemed by many as pseudoscience, and highly associated with superstition. In the past, this would be also regarded as an occult practice. As other types of dowsing, you need to believe first.

All in all, cemetery dowsing is an option for many people. There are few considerations and limits to keep in mind, so it is a technique that is more suitable for experienced dowsers. If you are reading this and are a beginner, then we would suggest you to get started by reading this article first.